Istanbul, Turkey is a delight for the senses – the beauty, the smells, and the spirituality.  I have been to Istanbul before but that only helped as now I was prepared.  My experience has been that sometimes you miss and forget so many aspects of a place when you visit the first time.  That it is the second visit when you can sit back and truly appreciate the gestalt.

Sherma and I visited Istanbul for a day in November (2011) on our way to Morocco. We were onour ownand had seeral things that we wanted to pack into the day. We stayed in a modest hotel with a great location.   It overlooked the famous Blue Mosque.  Of course it is Islamic and the Blue Mosque construction was completed in about 1600.  It is beautiful with intricate exterior details and for a house of worship it is extremely large and can hold about 10,000 worshippers. The architectural style is Late Classical Ottoma. The inside by comparison is very simple and not very ornate – at least certanly not ornate by church standards. 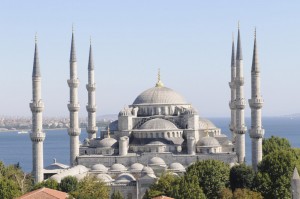 Blue Mosque from the Roof of Our Hotel 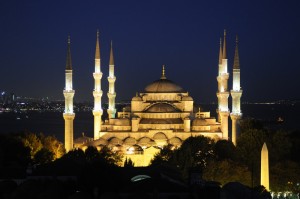 Also not to be missed in Istanbul is the Basilica Cistern.  This is an enormous underground structure that was used to store water.  It can hold almost 3,000,000 gallons. Today the cistern is for tourism and has served as a Movie set (From Russia With Love). There is very little water in the cistern but in the past the water came from 10 miles North of the city via aquaduct.  The roof of the cistern where the city streets and buildings are located is supported by 336 marble columns. The story goes that htese columns were stolen from Rome. There excellent information regarding Basilica Cistern on Wikipedia http://en.wikipedia.org/wiki/Basilica_Cistern. 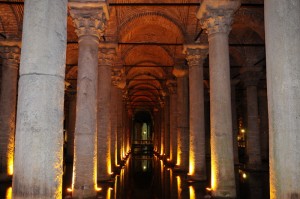 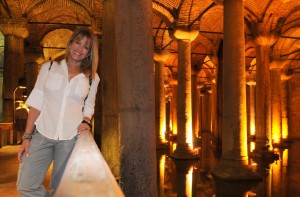 Sherma in the Cistern

I mentioned that one of the great things about Istanbul is the smell.  Walking through the Spice Market (which is very near the Grand Bazaar) is fun.  One of the things we purchased was dried/sugared lime peel.  It is delicious and refreshing particularly compared to the chewy texture of some dried fruits. We bought some Iranian Saffron and we have used it as part of a fish rub since we arrived home.  It is woderfully fragrant and supposedly Iranian saffron is the best saffron. In the photo you can see the sign for the Iranian Saffron – I think the vendor spelled wrong! 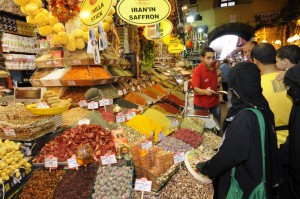 We tried to visit the Hagia Sophia but it was closed for the day. The Hagia Sophia is a beautiful Mosque that was originally an orthodox basilica.  The inside is particularly interesting because it is extremely ornate for a mosque and there is plenty of evidence left of its origins. 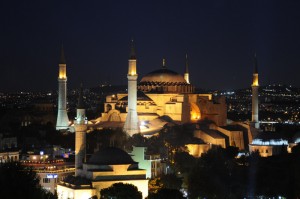 We spent some time walking trhough the outdoor markets – which are interesting. Large variety of foods and clothing and household goods.  By the way, taking photographs in Istanbul as in most Muslim countries is particularly challenging as many people do not like to be photographed.  If you take there photograph without permission you occasionally get yelled at.  It is a better practice to ask permission although admittedly if you rushing – as I usually am – it is difficult. 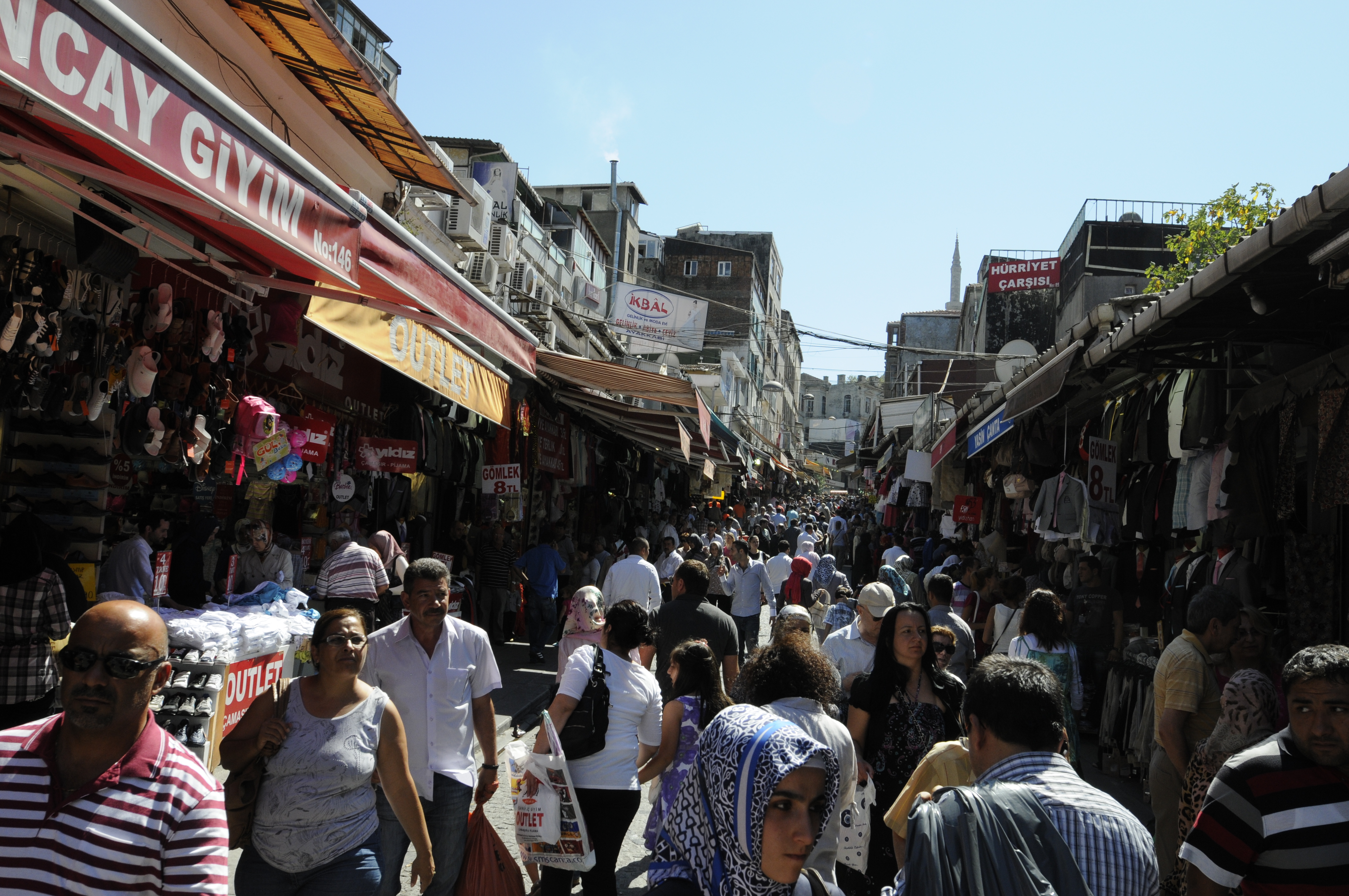 We walked back to our hotel a bit tired and after a nap we took in an evening Belly Dancing Show. I describe the show in a separate post.